You and Foolish and Wise Virgins

Everyone has a spiritual path. Not everyone follows their own path. 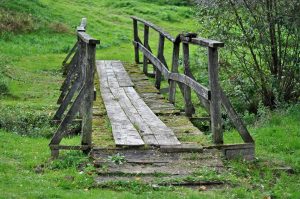 We live in a world focused on survival. Even those who seem to have all the they need, and more, are focused on the survival of their way of life. Often, this prevents them from becoming spiritually connected.

Being spiritually connected does not mean knowing things. You could have the Bible, Quran, Bhagavad Gita, and any other spiritual book memorized. Memorization does not mean you have incorporated them into the deepest part of your life.

In Amma’s message yesterday on the 11:11, she gave us some exercises to incorporate the amazing energies of the 11:11 into our energy fields and into our lives. She’s also been overseeing a study of the Seven Sacred Flames or Rays. All of these are about spiritual expansion.

I am writing this on November 12. In the last few months I’ve been returning to the mystical energy of my birth which is Roman Catholicism. At Mass this morning, Sunday, the Gospel reading was about the Wise and the Foolish Virgins (Matthew 25: 1-13).

The priest giving the homily gave an insight into this parable I had not heard before, or at least didn’t remember. It relates directly to the work that Amma has been giving us through her message yesterday (you can listen to that message at the end of this post) and what she has been giving us in the study of the Seven Sacred Flames.

Let me rephrase the parable for you. (You can read the original by going to Matthew 25.) 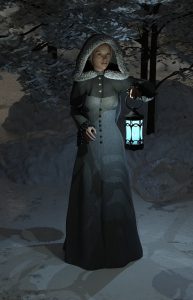 10 people (virgins in Matthew) were invited to a bridal celebration. They carried lanterns so they could find their way. Five brought an extra flask of oil in case the bridal party was late. The five who had not come prepared asked to have some of the oil from the others. The others declined as they would not have enough for when the bridal party finally arrived. Since they had to have working lanterns to enter the celebration, the five without the oil left to get more oil. When they returned, they were too late and the doors were closed to them. They were not allowed in.

Now, let me say this in another way.

There were 10 people who studied the pathway to Ascension. They attended workshops, read books and channeled messages, and set their intention for spiritual growth which would lead to Ascension. All 10 of these people had the same knowledge. Only five had been participating in the spiritual practices they had learned. When the portal for Ascension opened, the five prepared went through the portal. The other five, who had neglected engaging in the spiritual practices, were counting on the energies of those who had prepared to pull them through the Ascension portal. That didn’t happen. Instead, the five remaining had to wait until the next opportunity.

No matter how much you want to, there are some things you just can’t share

The words the priest at Mass had shared during his homily were, “there are some things you just cannot share.” He was talking about spiritual growth. I can’t share my spiritual growth with you so that you can expand spiritually. I can share my knowledge and wisdom but you have to engage in the spiritual practices which will assist you in expanding. The work is yours, and yours alone, to do.

For whatever reason, Amma has called me back to some of the spiritual practices of Catholicism. I can’t call myself a Christian because I do not believe that Jesus is the only way to eternal life. The Catholic Church does not believe in reincarnation or Ascension in the way that those of us in the metaphysical, or if you prefer, New Age philosophy believe.

It doesn’t matter what spiritual philosophy you choose to follow. Just be sure that you do what is necessary to enter into the sacredness of yourself and be able to touch the Love within you. Memorizing all the spiritual truths of the world will make no difference if you do not follow them.

I now share with you Amma’s message on the 11:11. It’s about 35 minutes long. Since it’s on YouTube, you can go to the bottom right corner and click on it and increase the speed if you think Amma is talking too slowly for you.

If you would like your own Personal Encodement Intensive with me to assist you in removing blocks to your spiritual expansion, sign up here at this link.

By the way, I can’t even begin to tell you how much different I feel and how much more peaceful I feel after using the exercises Amma gave us in this video.