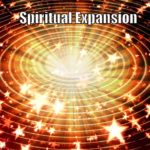 I received an email one day asking me if I believed in God. The woman who sent the email had been receiving the daily messages from Amma’s email course. I didn’t answer her directly and simply said, “Can’t you tell?” I never heard from her again.

The Amma I talk about, the same Amma who gives me messages, is the feminine aspect of God. You’ve heard of Abba, right? That’s the name Jesus called Father God. Abba. Amma is mother God. Yes, I believe in God. I believe in Amma and Abba. I believe in All That Is, the Creator, Love Itself.

A Retreat and a Vision 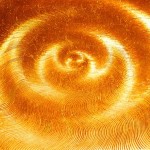 About 40 years ago, when I was a “baby nun,” I was on retreat. As I was lying on the coach, a sudden image came to me. There was a woman with the deepest brown eyes which were pools of love. She danced around the planet touching everyone on it. She touched the saints and the sinners, she touched the starving and the wealthy. She touched, she loved, everyone.

I knew I had been visited by the feminine aspect of God, Love Herself.

Every time I relate this story I can see her eyes and want to fall into them and stay there.

Amma, The Womb of God

It’s been about 15 years since I began channeling Amma. There is, of course, a story behind it. Yes, it involved an accident but not a near death experience. It did involve a realization that I was “supposed” to die in that accident. It shook me to my core.

For days I had images and feelings of grief surrounding me. I “saw” the jaws of life tearing open two cars and pulling a body from each one. One was mine and the other the woman I sideswiped. I almost rear-ended her at 60 mph. My little Saturn would have been an accordion. Her larger car would have had me and my little dog in her back seat.

One day an energy began to speak through me. I wasn’t startled as I had experienced that before when I was involved in the Charismatic Renewal while in college. I prayed in tongues. Words I didn’t recognize came through me. I was familiar with an energy speaking through me. I opened my mouth and words came.

When I asked this amazing energy who “it” was, I heard, “I am Amma the Divine Mother of the divine mothers and I am your mother.” She still says that and adds, “You grew in my womb and you are still in my womb.” I interpret that to mean that my soul was begun in her womb and I continue to rest in her womb. Always and for all time I am enfolded in her love.

My Relationship with Amma 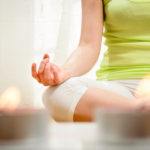 I talk to Amma every day, often throughout the day. Sometimes I tell her what’s happening. Sometimes I ask for clarity and help. Oh, yeah, and sometimes I cuss, not at her but just about what’s happening, especially at technology. I work at curbing that part of my vocabulary and have gotten much better.

I feel her love. When I’m sitting quietly connecting with her I feel so, so, real… so present. It’s difficult to express. It just is.

When I’m channeling her, when that infinitesimal part of her comes through me, I feel honored, grounded, loved.

I’m amazed at the messages she has given me. I’m in awe that people have found her books so helpful. I’m also delighted.

If you haven’t read her books, you can get them at Amazon.