What Two Spiritual Leaders Can Teach Us

This isn’t so much a book review as my reflections on one small section of this book. I don’t even remember who told the story. Probably the Dalai Lama since it was about what happened in Tibet and the torture experienced in China.

To set this up, take a moment to think of the event you have the most difficult time in letting go. It could be a betrayal. It could be a physical, emotional or sexual trauma. Bring to mind whatever it is. As a warning, I’m going to have you use what happened to you to assist you in the even or person releasing it’s hold on you.

I want to share this because this incident assisted me in healing from “the thing” I’ve held onto for, oh, about 6 decades.

The Horror of Being a Political Prisoner in China

I’m not going into any graphic detail, so no worries about that. The man I’m going to mention had been one of 1200 or so people captured by the Chinese when they over-ran Tibet. Out of all the people captured, only about 30 survived and were released. The rest had died due to starvation and horrendous torture. Other than starvation and heavy labor, the only thing said about the torture was that it combined horrors from different countries.

My spiritual surprise was also a surprise of the person telling the story. The man who was released talked about his fear. The listeners assumed it was the fear of pain, the fear of death.

It wasn’t. “I was afraid I would lose my compassion for my captors.” (My paraphrase from memory.) He then talked about how they must have experienced such deep pain to be able to give such pain to others.

We Hold onto Our Pain

When someone runs by and kicks you in the shins, the last thing you’re thinking of is the pain the other person experienced in the past that caused them to kick you. It’s easy 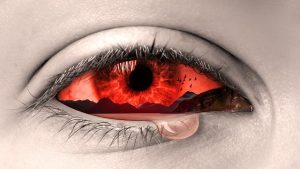 enough to get over a kick in the shins.

When someone beats you, abuses you, betrays you, do you take time to consider what pain the other person is in that causes them to react the way they did? If you’re anything like me, the thought may have never entered your mind.

When we’re wounded, we think of our pain. We recall what the event did to us. We don’t  care about what caused it to happen. What happened just hurts and that’s all that matters, at least for most of us.

What I did to release my decades long wound was to list things I knew which had happened to this individual, what I thought was going on at the time, and what I imagined had happened to him.

I then asked for healing for me and for him. I asked that all the energy bonds of pain, anger, shame and more be released.

I don’t know if this will work for you, but give it a try if you are ready to be free of what has harmed you.

Check out this power 5-step process to bring healing.

6 thoughts on “The Question of Compassion:The Book of Joy”